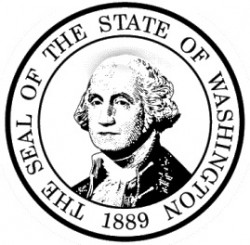 AN INTERVIEW WITH THE LAW
Antero Converses with Bruce Hanify, Narcotics Officer
CLICK THIS FOR THE INTERVIEW 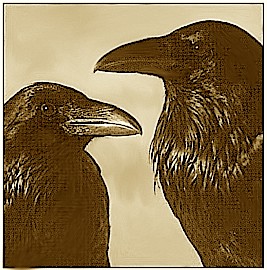 Someday, in the not-too-distant future, certain drugs will be made available to the public claiming the effect of increasing intelligence. Given the opportunity to partake, what would you do ? I'd ask the pharmacist: "Just what kind of intelligence is your pill going to increase ?" Like many others schooled in the public education systems, I once naively assumed "intelligence" and "I.Q." to be synonymous with intellect and intellectual achievement alone. Why did we settle for so little ? Any definition of intelligence set in singular, or monotheistic, terms is probably not intelligence at all but a strand of the dismal fundamentalist virus currently gridlocking minds, young and old alike. How "intelligence" is defined probably determines the kind of intelligence produced.

The "Eight Circuit Brain" is a term Dr. Timothy Leary coined, in his 1977 book "EXO-PSYCHOLOGY", for accessing multiple definitions and functions of human intelligence. Dr. Leary did not invent this system, which probably originated in the Sufi Mystery Schools' arcane study of the "law of octaves", but revised it for modern times. Since Leary's translation, three additional versions have surfaced in Robert Anton Wilson's "PROMETHEUS RISING" (1984) and my own, "ANGEL TECH" (1986) and "The EIGHT-CIRCUIT BRAIN" (2009). As a whole-brain model for Intelligence, the Eight Circuit Brain yields an impressive catch of relevant information about how intelligence acts when redefined by the user. Leary's "circuits" symbolize eight interactive states of consciousness and the neurochemical transactions constantly mingling between them. They are presented here not as a heirarchy -- one is no "better" than another -- but as a web of simultaneous transmissions at various degrees of cognition within each person. (Please refer to any combination of the books mentioned earlier for a more comprehensive study).

For the purpose of this article, Leary's eight circuits have been reframed as "trances" or, states of consciousness, to be altered, bent or broken at will. "Break trance, make trance, break trance". Trances can be instigated by engaging any of the many catalysts that excite and maintain each circuit. Some catalysts are pharmaceutical but many are not. Getting stuck inside any one trance, or circuit, happens when you become addicted to one or more of the catalysts. New trances from other circuits can be introduced to shift addicitions, either in their linear sequence or at random. First Circuit security trance can be broken by a Second Circuit emotional trance which, in turn, can be dissipated by a Third Circuit semantic trance. The neuropharmacy of your own brain produces all the effects, even those involving ingested drugs which depend on receptors in your brain to work.

AUTHOR'S DISCLAIMER: I do not condone the use of illegal drugs. For information purposes only certain drugs are identified hereafter as "triggers", or catalysts, for accessing the Eight Circuit Brain. I trust the reader is also aware of the value inherent to self-activation of these states inside the "drug-free" highs of technological, ritualistic, sociological, religious and/or psychotherapeutic methods, as well. Some of the triggers listed below I have experimented with; anonymous and knowledgeable sources were consulted with those I have avoided.

Preoccupies itself with physical safety and biological survival. Revolves around basic security needs and the warm, buzzy nodding sensations of infant bliss and being taken care of at the most primary levels of existence: food, shelter and enough sleep. When frustrated or over-emphasized the search for security intensifies, becomes an obsession and finally an addiction. Security Addiction expresses the lowest energy state of all trances. When the needs of this center are fulfilled, one lives with the knowledge of being a "survivor" with some ability to stabilize and secure others. SECURITY CATALYSTS: Food, water, shelter, sleep, maternal lactation, Valium, 3-6 hrs. of television, Prozac, all sedatives, nicotine, most pain-killers, PCP, morphine and heroin. Any drug acting on the breathing mechanism of the brain stem by slowing it down and, by overdose, stopping it entirely. OVERDOSE SYMPTOMS: Survival anxiety. The fear of: dying, of living, of eating (bolemia & anorexia), of chaos and of dirt. Obesity and malnurtrition.

Learning intellectual and linguistic skills for grasping and communicating ideas. Spins off conceptual needs for solving problems, defining terms, making maps, and articulating meaning. The central nervous system buzz of stimulating conversation, thinking, writing, reading and other symbolic and mathematical acts. When over-emphasized, one feels "locked inside one's head" with the angst of conceptual redundancy. Word Trance. Symbolic Addictions. When frustrated, psychological fears of becoming "stupid" or "insane" or "misinformed" or "meaningless" confuse thought processes. When satisfied, intellect and language develop coherency to support meaningful communication with others; one can "say what one means and mean what one says". SEMANTIC CATALYSTS: Reading, writing, arithmetic, speech, speaking on the telephone, nicotine, caffeine, sugar, chocolate, diet pills, amphetamines, cocaine. Consistent exposure to computer monitors, Internet and other on-line virtual communications systems. Any "drugs" acting on the various nervous systems as a stimulant to quicken thinking, speech patterns and symbolic associations. OVERDOSE SYMPTOMS: Nervousness. Thinking or talking too much. Mental exhaustion. Stuttering. Neurosis.

Development of personality in context to society. Social needs for belonging, getting along with people, developing friendships, romance, courtships, partnerships, marriages, domestication, family, and those morals and ethics maintaining community interest. The push and pull of attracting and repulsing forces -- estrogen, testosterone & other growth hormones -- influencing likes, dislikes, procreative love, mating rituals, domestic and community structures, and the morales and beliefs surrounding relations with others. When over-emphasized, personal identity homogenizes, or blends, into herd or tribal mentality. Social and Moral Addictions. When frustrated, the individual experiences alienation, marginalization and degrees of abandonment by the tribe, sometimes resulting in "psychopathic criminal retribution". As social needs are satisfied, a well-adjusted personality finds "its people" while defining and claiming its unique behavioral and ethical code amidst a society far too complex to always condone them. SOCIAL CATALYSTS: Social rituals, parties and gatherings. Cultural events and concerts. Church. Any "drugs" delivering social or community acceptance or sexual approval in exchange for submission to externally-imposed behaviorial standards and moralities. Most television programs. Organized Religion. Mass Media. Corporate Advertising. The Welfare State. Social Security. Fascism. OVERDOSE SYMPTOMS: Loss of personality, autonomy and self as individual identity. Guilt complex, ie., confusion between the morality of others and one's own ethics.

Disconnected from the previous goals and survival concerns of Circuits 1-4, this center is the opening of the five senses as the chief source of all life and relevant information. Being Here Now. The natural sensory rhythms and impulses of the body uncensored by mental, emotional or moral intervention. The hedonic needs for rapture, bliss and ecstatic experience. The post-survival quest for nirvana. When frustrated, the despair and spiritual discontent of "entrapment in the corporeal world of survival issues." When over-emphasized, excessive hedonism becomes debauch, dispersion and disintegration of personal integrity and concentration, ie., "spaced out bliss ninnies." Ecstacy Junkies. When hedonic needs are met, a state of charismatic magnetism infuse the personality, as seen with some rock stars, film celebrities and performing artists. HEDONIC CATALYSTS: Empathogens (MDMA, etc.). cannabis, opium, hashish, lower doses of psilocybin, Tantric and Hatha yoga, listening to music (subjective assessment), sex magick, performing live dance and live theatre, Sufi whirling dervishes, ecstatic pagan rituals, falling in love, endorphin rushes from "second wind" states (long distance running and working out), verbal fasting (mandatory silence), zen meditation. OVERDOSE SYMPTOMS: "Spaciness." Loss of meaningful connection with "consensus reality" sometimes showing poor time management and an oblivion to the emotions, thoughts and ethics of others. Time/spatial disorientation and distortions. Difficulty articulating, ie., "Like, wow, man..."

"Brain pleasure"; the subjective absorption of intense light. Opening of the "third eye", clairvoyance, telepathy and other supersensual, or psychic, abilities. Incoming signals are registered at light speed and translated by an active intuition, unencumbered by empirical demands of linear ideation. The Self-Aware Brain. Future-oriented vision; premonitions, precognitions and prophecy. The psychic need for seeing and knowing things as they are, beyond the illusions, dreams and fantasies projected by previous states. When frustrated, the "sixth sense" atrophies and psychic, or soul, death ensues. When over-emphasized nervous disorders, hallucinations and mental illnesses develop in the struggle to act and respond to the influx of overwhelming impressions. Vision, or Truth, Addiction. When psychic needs are met, lucidity stabilizes perception to accept things as they are while seeing through the scams, the lies, and the illusions often shrouding them. This lucidity can also illuminate the truth of things to the world and in others. PSYCHIC CATALYSTS: Kundalini and Raja yogas, Rajneesh's chaotic meditations, surviving the loss of a loved one, higher doses of psilocybin, mescaline, peyote, LSD, "Heavenly Blue" morning glory seeds, near-death experiences, sense-deprivation, isolation tanks, solitary confinement, intensive Buddhist retreats, Antero Alli's paratheatrical ritual technology, video/filmmaking and editing processes. OVERDOSE SYMPTOMS: Paranoia. Schitzophrenic fragmentation. Loss of emotion and meaningful connection with the feelings of others. Psychotic breaks. Violence.

Consciousness at the level of unpredictable subatomic behavior. This center opens after consciousness leaves the physical body while functioning independently in nonlocal "cyberspace." Shamanic initiation into Castaneda's dreaming and "the Nagual" as a conscious visiting spirit, or dreambody. Consciousness leaves the body. The body is left behind, unconscious; comatose and/or sleeping. Where does consciousness go ? What happens there ? Who shows up on "the other side" ? Questions for the dreambody. Dr. Leary suggests the ultra-gravitational "singularity" physicists theorize at the heart of the atomic nucleus to be the stuff of black holes. Fusion with Black Hole as Ultimate Destiny ?! Out-of-Body Addiction to Formlessness. DREAMBODY CATALYSTS: Heavy doses of Nitrous Oxide, DMT, Ketamine, Jimson weed, Datura, Sonora desert toad ( Bufo alvarius) venom, Near-death and Out-of-Body experiences, Eckankar astral travel techniques, lucid dreaming, Malaysian Senoi tribal dreamwork, Australian aboriginal dreamtime walkabouts, advanced virtual reality "immersion technologies", and any "drugs" that simulate near-death OR death experience without producing the actual experience of physical death itself, ie., Haitian voodoo zombie powder extracted from certain species of puffer fish. OVERDOSE SYMPTOMS: Partial to complete loss of bodily functions. Comatose. Death without discernible cause.

The Eight-Circuit Brain, like any psychological grid or map, is incomplete at describing the totality of the territory it symbolizes. Imagine an organ as mysterious and powerful as the human brain having only eight functions of intelligence!? Yet as a whole-brain model for mapping functions and behaviors of various "brains within the brain" I believe the Eight-Circuit map is unprecedented. I do not recommend using it at the exclusion of other equally valid systems, like the Enneagram or in some cases Astrology, but as another tool in the "psychic archeologist's toolbox" for unearthing hereto unknown relics of our past, present and future history.