"On the Craft of Paratheatre" - A Talk by Antero given on 2/19/19 (49 min.)
(audio juxtaposed with silent video of "Escape from Chapel Perilous")

Antero will discuss the basic principles and methods of a ritual technology he has been developing since 1977. Inspired by the Paratheatre of Jerzy Grotowski, Alli's work combines methods of physical theatre, dance, vocalization and standing meditation to access vital currents in the Body towards their spontaneous expression in presence, vocalization, gesture, action, and interaction. He will share his personal experiences with the inner and outer workings of this Paratheatre medium and the relevance of an asocial climate in non-performance group dynamics and performative modalities. Brief Q&A to follow. Signed copies of Alli's paratheatre workbook, "Towards an Archeology of the Soul" (Vertical Pool Publishing, 2003) will be available after the Talk ($20 cash). 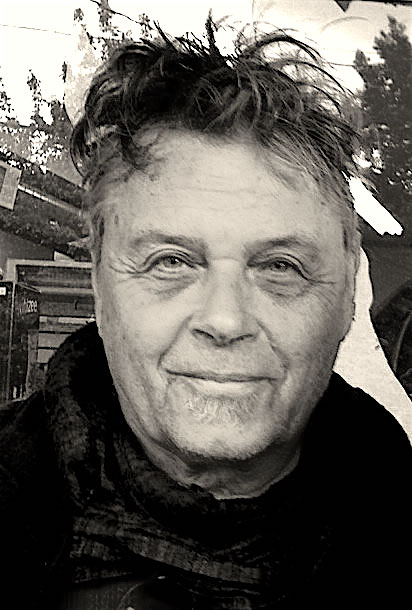 Antero's paratheatre work is documented in his book, "Towards an Archeology of the Soul" (Vertical Pool, 2003), in nine video documents (1992-2018), and in academia by Nicoletta Isar, Professor at the Institute of Art History, Copenhagen University (2008). Between 1975 and 2005, Antero wrote and directed a series of experimental theatre productions. In 2005, he stopped creating theatre to write and direct a series of feature-length art films -- including "The Greater Circulation" (2005; 93 min) a critically acclaimed cinematic treatment of Rainer Maria Rilke's "Requiem for a Friend" and "The Invisible Forest" (2008; 111 min) featuring the radical theatre of Antonin Artaud. In October of 2015 Antero stopped making films and returned to creating ritual-based physical theatre works in Portland Oregon where he now resides and conducts Paratheatre Labs and Workshops.