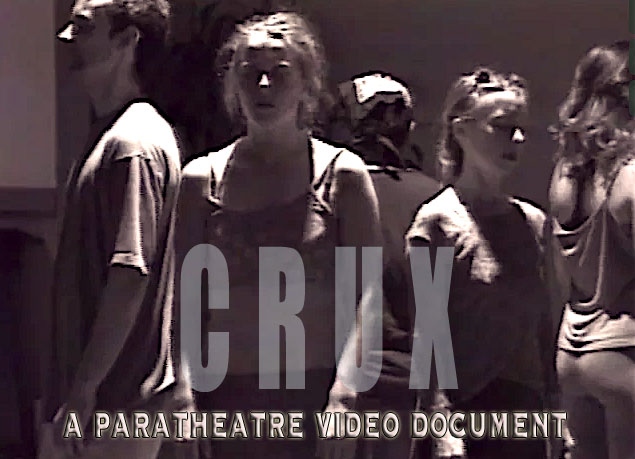 "CRUX is a unique documentary, a fascinating look into one of Antero Alli’s
paratheatrical research labs. In CRUX, we are given tantalizing glimpses into
the results this ritual exploration has on each participant: shots of insane,
uncontrollable laughter; screaming, wailing, and writhing; wild movement
and energy that seems to possess them at times."-- TRIP MAGAZINE

In the summer of 1999 in Berkeley California, under the direction of author/ritualist Antero Alli, seven individuals underwent a paratheatrical experiment to reveal the crux of what they were living for. Their story is narrated by Alli and the group through interviews and excerpts from their private ritual journals. What unfolds is a series of confessions and confrontations with what it means to be crucified to the cross of one’s own existence, to wake up to that reality and live with it. This video is not about Christianity or Jesus but a paratheatrical excavation of the universal crucifixion archetype. The ritual technology used in "CRUX" is documented in Antero Alli's book, "Towards an Archeology of the Soul" (Vertical Pool, 2003).

About the Filmmaker; On the Making of CRUX 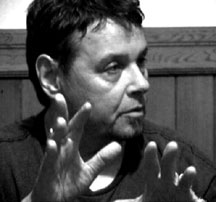 "Non-Sectarian Crucifixion Archetypes"
Antero interviewed on the making of CRUX

ANTERO ALLI has been creating original performance works using paratheatre processes since 1977 and, producing experimental video documents and feature fiction films since 1993. His paratheatrical work is documented in his book, "Towards an Archeology of the Soul" (Vertical Pool, 2003) and in eight videos. Alli's 2005 docufiction feature film, "The Greater Circulation", incorporates a paratheatre performance in a critically acclaimed cinematic treatment of poet Rainer Maria Rilke's "Requiem for a Friend". His 2008 experimental feature, "The Invisible Forest" explores the radical ideas of French Surrealist, Antonin Artaud.