on the term, "Archetype"
by Antero Alli
It seems to me their origin [i.e. archetypes] can only be
explained by assuming them to be deposits of the constantly
repeated experiences of humanity. - Carl Jung 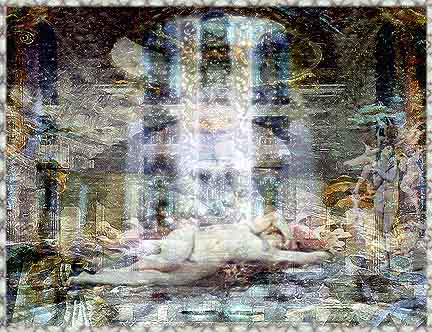 numinosity
The condition or state of being numinous.

numinosum
1. Revealing or indicating the presence of a divinity; spiritual:
"Many religious practices and performances are carried out for
the sole purpose of calling forth the power of the numinosum
at will by invocation, incantation, sacrifice, etc."
2. Relating to the experience of the divine as awesome and/or
terrifying; designating that which governs the subject outside
of his or her own will.

The physical body embodies and personifies the subconscious mind. Beyond the rigor of medical probes and x-rays, most of what happens in the body remains completely unknown to the conscious mind. Whenever the physical body can be felt deeply, it becomes as an open door to a treasure trove of autonomous forces, images, memories, impulses that link to an internal landscape, a spirit realm, emanating the same numinous power as our night dreams -- with their streams of fleeting images, emotion, stories, actions, characters born from the wellspring of our personal and collective histories of experience, memory, and trauma.

According to Carl Jung, transpersonal archetypes interface and link with our unconscious psychological complexes, or fixations. This fusion between the Personal and the Transpersonal gives rise and form to specific yet universally recognizably human images -- the Trickster, Anima/Animus, Hero, Senex, Puer, Crone, The Shadow, The Self, etc.. These images are often shaped by psychological complexes rooted in unmet childhood needs and traumas which have crystallized over time into fetishes, fixations, and obsessions which, in turn, act out in our behavior, habits, beliefs, and thinking processes. 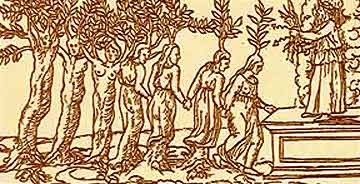 The Anima and the Animus
The mother complex (a.k.a. the Oedipus complex) stems from an active component in anyone raised by a genetic or surrogate mother that informs our attitudes and assumptions about women in general. For men, this mother complex links with the archetypal presence of the Anima, the erotic feminine ideal, the cherished female image, Virgin/Whore (good girl/bad girl, depending on relationship with the mother), within the man’s psyche. This Anima image becomes enflamed and charged up whenever the man encounters a living, flesh and blood woman who matches this internal Anima image. In this matching process, a powerful unconscious presence floods the man's conscious mind and triggers a psychic Anima projection onto that woman. Meanwhile, the man undergoes an emotional seisure of longing called "falling in love" whether that woman is present or not, regardless of or whether or not the feelings are reciprocated.

For women, early relations with the genetic or surrogate father seeds the internal development of the father complex that links to the archetypal presence of the Animus, the masculine ideal as Hero or Anti-hero (Savior or Persecutor, depending on relationship with the father), the dream lover, and father of future offspring. When the woman encounters any living, flesh and blood man who matches this internal Animus image, a powerful unconscious presence floods the woman's conscious mind and triggers a psychic Animus projection onto that man. Meanwhile, the woman undergoes an ecstatic delirium called "falling in love" whether the actual man is present or not, regardless of or whether or not the feelings are reciprocated.

Before the "Anima-possessed man" faces his projections he often awakens to a wretched state of power loss. His emotional healing begins by withdrawing the Anima projections from the flesh and blood woman, while tending to the inner life of his soul. This soul-retrieval ritual must occur in isolation away from the woman he projected onto and sometimes, in the supportive company of other men.

When the "Animus-possessed woman" is ready to face her projections and the obsessive behavior they produced in her, she can use the sword of discrimining intelligence (the voice of reason) to cut through the intoxicating delusions masquerading as "true love" and begin seeing the man for who and what he is, shortcomings and all. This process must occur in separation from the man she projected onto and sometimes, in the supportive company of other women. 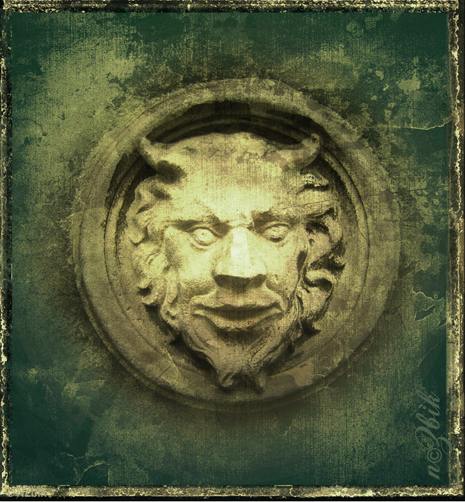 The Trickster
Archetypally-charged images of The Trickster link easily with any inferiority complex that drives us to overcompensate our repressed feelings of inadequacy with sabotage behavior, onto ourselves and others. This can occur by judging others as inferior to ourselves in any way. This complex often perpetuates itself with personal standards far and away too high to actualize ourselves. This frustration propels our attempts at spectacular achievements, whether they're attained or not, while secretly coveting an inflated self-image. The trickster here is the ego. We learn to trick ourselves by the unique talent for convincing ourselves of anything.

To convince means "to con". As tricksters, we con ourselves (and others) into believing whatever we want to believe. We do this when we are driven to always get our own way while avoiding or denying our personal shortcomings. We dread the exposure of our vanity by trying to defend our inflated one-sided self-image. When the trickster complex remains unconscious, it can often dramatize outwardly by pointing out the weaknesses, flaws, and shortcomings in others. The more the trickster gets away with this racket, the more "tricky" it can be to detect the ego-trickster in ourselves. At this point, we may need help from a more conscious, experienced trickster who has already exposed their own game.

Whenever these archetypally-charged images of Anima, Animus, or Trickster are triggered by their corresponding external events, a process of psychic projection occurs that usually involves some form of mythologizing, or worship, of the Man (Animus), the Woman (Anima), and/or the Ego (Trickster). Unless the person has earned enough self-awareness, these projections remain unconscious. There are exceptions. Sometimes,we can transform these complexes into sources of inspiration through what poet Arthur Rimbaud' called a "deliberate disorientation of the senses". Psychological complexes, and the archetypes they're attached to, often find expression in a pantheon of colorful characters, twisted plots, and high drama through Theatre, Cinema, Poetry, Music, Song, and numerous other artistic mediums. 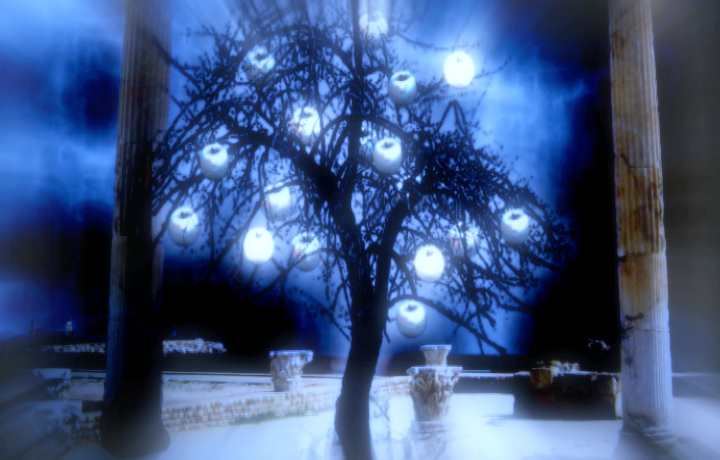 Archetypal forces are not subject to any propriety; they do not and cannot belong to anyone. Much like the way our night dreams present themselves, autonomous archetypes come and go according to their own agendas. They also tend to operate at a higher level of intelligence than conscious ego or intellect can fathom. Attempts to define any archetype in terms of any one character or image, without including its links with specific psychological complexes, can result in naive romanticization. Self-imposed labels and definitions can also trivialize the genuine mysteries and depth of authentic archetypal presence and result in further self-delusion. Though archetypes may not be subject to human understanding, their power and presence can be experienced firsthand through gnosis, that perception not linked to language or thinking, but to Presence of the phenomena itself. (see "The First and Second Attention")

Other Writings on Paratheatre by Antero Alli

On the term "Asocial"

State of Emergence: A Paratheatre Manifesto